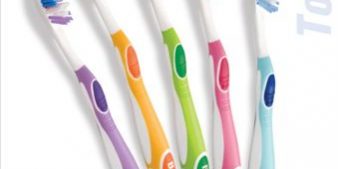 Upon the complaint submitted by the largest national producer of toothbrushes, the Turkish Ministry of Economy examined the import volume of such product and determined that the product subject to investigation is being dumped on the Turkish market.

On 22.04.2017 the Turkish Ministry of the Economy (“Ministry”) launched an investigation against the imported toothbrushes (classified under the combined nomenclature code of 9603.21.00.00.00) to determine whether the product in question had been subject to dumping in Turkey.

On 28.08.2017 the investigation was finalized by issuing Communiqué on the Prevention of Unfair Competition in Imports (Communiqué No. 2017/10). According to Communiqué No. 2017/10, the Ministry examined the import of the product between 2013 and 2016 and concluded that was a significant increase in the import volumes. Moreover, in 2016, import volume of the product concerned reached nearly 70 million, which is approximately the population of Turkey. Due to the vast and sharp increase in the import, Banat Fırça ve Plastik A.Ş., which covers 97% of the national production, submitted the complaint in relation to such increase in the volumes.