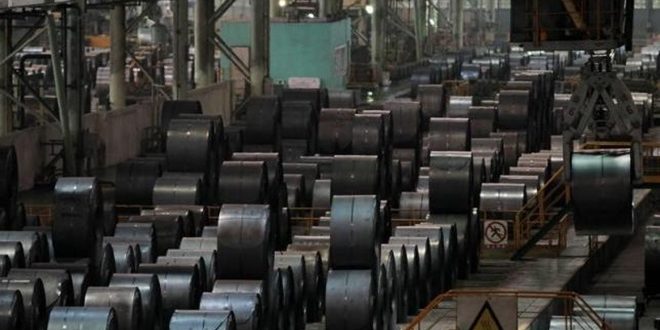 1. Introduction
Steel imports from the People’s Republic of China (“PRC”) take a vast majority of the Turkish market staring from 2015. Due to its relatively low prices, dumping investigations against the PRC have been initiated in various jurisdictions around the world, including USA, EU, Indonesia, Thailand, South Africa, Brazil, Taiwan and Turkey. Below we provide you with an overview of the steel industry in Turkey, as well as past and current dumping investigations against the PRC. The outcome of the pending investigation in Turkey is of interest due to its anticipated impact on the future of the potential investigations in the steel sector, as well as determining the market status of the PRC based on the fact that its economy will from now on be considered as a “market economy”.

2. Highlights of steel market
Steel, a homogeneous alloy of metal, holds strategic position in almost every developed country’s economy. The importance of steel is explained by its relation with other industries such as automotive, construction, electronics, mechanical and electrical engineering. Also, steel is one of the products characterized by extensive trade flows between the countries considering that (i) largest steel customers and suppliers operate on a global level, (ii) price levels are relatively comparable across jurisdictions and dependent on the conditions of competition worldwide, and (iii) transportation cost does not constitute an important part in the total cost. Given that the steel markets have similar competition dynamics worldwide; the steel import is an appropriate substitute of the local production. Additionally, based on its strategic importance, steel industry has historically been a field, subject to trade remedies.

In Turkey, the 9th biggest steel producer in the world, steel represents one of the largest sectors in country’s economy. Turkey also has a great amount of steel imports, which puts significant pressure on the domestic industry. According to the Turkish Steel Producers Association’s data, Turkey’s steel export did not meet the import in 2015, and Turkey became a net steel importer for the first time in 15 years. At the same time, steel import from the PRC increased up to 58% compared to 2014, becoming the second biggest importer in Turkish steel market (the number one importer being Russia)1.

Considering that the Chinese steel is relatively cheap, in order to evaluate whether Chinese imports are dumped, there has been a number of investigations launched in various jurisdictions, including Turkey.

3. Current and past investigations against steel from PRC

a. Investigations in Turkey
In 2015 the Ministry of Economy of Turkey (“Ministry”) initiated a dumping investigation upon the application submitted by domestic players in the steel industry in Turkey concerning imports of hot-rolled steel coils2 originating in the PRC, France, Japan, Romania, Russia, Ukraine and Slovakia. Seven months later following the initiation of the investigation, the Ministry imposed provisional measure on producers from the PRC in the form of dumping duties ranging between 15% and 35%. However; later on the complainants withdrew their claims and the investigation was concluded without any measures.

The Ministry recently initiated a dumping investigation in December 2016 upon the complaint submitted by one of the biggest steel producers concerning imports of hot-rolled heavy plates3 originated in the PRC.

4. The PRC’s non-market economy status
One of the main issues that the Ministry will take into consideration is the PRC’s transition to market economy status. As a side note, with the expiry of certain provisions of the PRC’s WTO Accession Protocol on 11 December 2016, the PRC is no longer classified as a non-market economy. This fact will be of significant importance in terms of dumping margin calculations. At this point, although Chinese producers may rely on such expiry to argue that the PRC should no longer be labelled as the non-market economy, the involvement of PRC’s government in the economy remains as a fact.

It is still not clear whether the PRC should be regarded as the market economy and, hence, whether the Chinese domestic market prices can be relied upon while calculating the dumping margin. It seems that if the Chinese producers manage to prove the existence of the market economy conditions, relevant domestic market data may be used in the process of calculation of the margin.

Considering the increase of steel trade from the PRC and use of trade remedies worldwide, the Ministry’s approach and findings in the course of the investigation launched in December 2016 are of a particular interest. The result of the investigation may have an impact on (i) the future of the potential investigations in the steel sector, as well as (ii) determining the market status of the PRC, which is currently unclear but crucial for the calculation of the dumping margin.