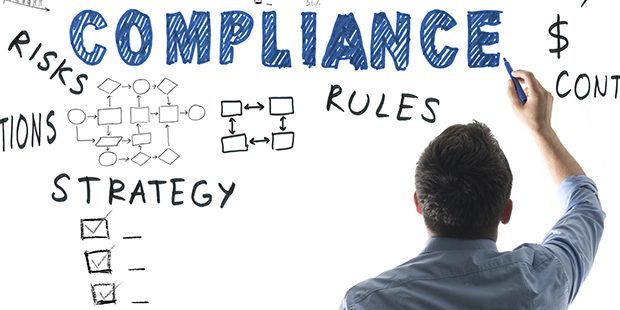 1. Introduction
It is a common practice that companies become familiar with competition law and aware that they are violating competition rules only once they are faced with the investigation and fines imposed on them by the Competition Authorities for the breach of those rules. An effective competition compliance program (“CCP”) may help companies to stay out of trouble and ensure compliance with the law, and hence to save their money and reputation by informing them about competition infringements beforehand.

In addition to that a sincerely implemented CCP showing good intentions of the company to adhere to competition rules may serve as a mitigating factor, a defence leading to a reduction in fines/sanctions, in case of prosecution by the Regulator for a competition law violation. Although, the Competition Authorities of various jurisdictions are rather divergent and inconsistent in their views on whether or not the existence of the CCP shall be treated as a mitigating factor, there is a general agreement to encourage CCP.

The article provides an overview of the CCP and its importance for companies. It is argued that the CCP implemented in a good faith may serve as an indication of a lack of intention to violate the competition law, and hence can be regarded as a defence for the company in case of prosecution by the Competition Authorities and when sanctions are under consideration.

2. Why Competition Compliance?
All companies are subject to competition law, irrespective of their size. Considering a complex nature of competition law, a special guidance in the form of the CCP is essential. The CCP can be defined as a set of practical rules that enable companies to assess and monitor themselves in terms of competition law. The main aim of the CCP is to prevent the company from violating the competition law by outlining main Do’s and Don’ts for the activity of the company, its management and employees. Ideally, the CCP should be a part of a wider general compliance program (e.g. bribery, tax, corruption, health and safety, etc.).

“The Compliance program makes it clear that the company is committed to competition, and communicates that commitment to all employees.”1 Not only managers who take decisions in the company, but also employees, who implement those decisions, require guidance on their behavior in terms of complying with competition rules. Otherwise there is a risk of high fines and other negative (reputational) consequences.

a. Benefits of Competition Compliance
The CCP has become an important part of the corporate culture nowadays which may bring certain benefits to the company, such as higher returns on investment, as well as the increased motivation and pride of its employees. But first and foremost – the CCP reduces a risk of the company being involved in anticompetitive illegal commercial practices, such as:

either formal or informal agreements between companies which restrict competition by way of price-fixing, market sharing, customer allocation, production or output limitation, exchanges of certain information between the competing companies, or
abuse of market power by companies with a large share in a particular relevant market by way of charging unreasonably high or low prices or imposing unjustified trading conditions on trading partners, etc.
In addition, one should not forget merger control rules and a ‘stand-still’ obligation requiring a prior approval of the Competition Authority for any transaction involving a change in control over a company on a lasting basis if certain (financial) thresholds are met.

As a result, the CCP may help to avoid high cost of non-compliance (as discussed below).

In the latter case E.ON, among other explanations to the European Commission, claimed that it was a cleaning lady that might have wiped over the seal with a cleaning product and displaces the seal. This is just another confirmation that it is highly important that every employee of the company undergoes the compliance and training program in order to be aware of a proper behavior, including during the dawn raid inspections.

Secondly, being a party to a restrictive agreement which violates competition rules, may bring about negative consequences for your business, as such agreement would be automatically void and unenforceable in court.

Thirdly, any third party whose interests are believed to be harmed by the anticompetitive practice of the company, may bring a claim for damages before the national court against such company.

And finally, one should remember that the Competition Authorities normally publish a press release whenever they have found an illegal conduct and fined the companies. Hence, such media coverage may be detrimental to the reputation of such company.

3. Competition Compliance Program: Main Elements
A successful CCP should be based on a thorough analysis of the areas of main activity of the company, and hence the areas in which the competition infringement(s) may occur. There is no one size fits all in designing the CCP due to the variety of sectors and companies. However, the following instructions are relevant to any CCP.

It should be in writing (e.g. in the form of a manual) and in all the working languages of the company so that it is understandable to all the participants of the economic activity of the company.

The CCP should have the following elements:

Description of competition law in general, risk assessment,
A practical set of DO’s and DON’T’s in the activity of the company (e.g. a clearly illegal conduct such as exchange of information on future prices, allocation of quotas, price-fixing agreements etc.),
Highlight the potential costs of non-compliance for the company,
Commitment directly stating which practices shall be unacceptable by the company,
Continuous improvement ensuring a periodic update of the CCP and training of the employees by the qualified (either external or in-house) legal experts who have designed and implemented the CCP.
The key for a successful CCP are efficiency, training, information, due diligence (of the past and current activity of the company in the light of competition rules), compliance, control, monitoring and updates.

4. Approaches to Compliance Programs
The Competition Authorities of various jurisdictions are rather divergent and inconsistent in their views on whether the existence of the compliance program shall be treated as a mitigating factor, i.e. whether fines should be reduces if a violator has CCP in place.

3.1. CCP is a mitigating factor that may lead to a reduction in fines on the company. Since CCP cannot be regarded as 100% perfect, hence what matters is the existence and a good faith implementation of the program, as well as no intention to violate the law. This approach is common for the USA and Canada. The existence of the compliance program and its diligent enforcement and active actions in good faith to ensure compliance by all employees with it may be taken into account in determining whether the company had an intent to comply with the competition law.2

3.2. CCP is a neutral factor: If violation occurred, then the compliance program is a failed program. The main reasoning behind is that why reward a compliance program that has failed.3 This reflects the approach at the EU level (that of the European Commission).4

It is important to note that the current trend at the EU level is changing towards more positive approach in relation to compliance efforts. This is particularly seen at the level of the EU member states. For instance, the UK allows 10% credit if the company has the CCP, but it has to be legitimate, and not merely exist on paper. The Competition Authority of France may give credit to a company that demonstrates the existence of a genuine CCP.

3.3. CCP is an aggravating factor when calculating fines in cases where it is simply a fake, superficial or sham program that does not contribute to prevention of competition law violations and/or mislead the Competition Authority during an investigation.

Some jurisdictions has not yet granted any guidance on how to assess the CCP. For instance, CCPs are not widespread in Turkey yet. But the Turkish Competition Authority encourages to adopt such programs and to increase awareness of the companies, their management and employees of competition rules.

5. Concluding remarks
Currently there is no consensus among the Competition Authorities as to treating the CCP as a mitigating or aggravating factor. Some Authorities do grant a reduction in sanctions, some do not. But there is a general agreement/trend that the CCP should be encouraged. One of the most effective ways to encourage the companies to put the CCP in place is via reduced sanctions.

Indeed, companies should be rewarded for having genuine compliance programs in place at the time when they are found to be involved in the anticompetitive commercial activities. This will eventually ensure more competition law compliance. And of course the best award for the companies for a good CCP would be not to infringe the law.