How China can save Turkey from its financial crisis

Anybody who hasn’t been living under a rock these past few weeks knows that Turkey is undergoing a serious financial crisis. Turkish Lira has lost about 30% of its value against the US dollar since the beginning of the year and especially after the escalation of tensions with the United States and the Trump administration’s decision to implement sanctions, the currency has been in a sharp decline. (Currently trading between 6.15-6.29=1$ as I am writing this). 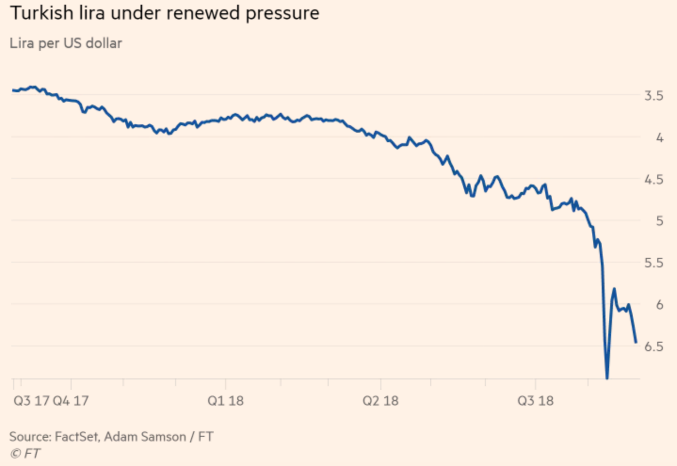 Now, there are a lot of reasons why Turkey’s currency and economy is in trouble. But this article is not about explaining the problems as pretty much every news article on Turkey talks about these issues already. This article aims to offer a different approach and talk about how China can help Turkey overcome its crisis and what can China, who also happens to be in a trade war with the Trump administration, can get out of it by doing so. Below are two possible ways that will explain why this is beneficial for both sides

1- Investing in the Turkish consumer market:

For years since Turkey and the EU signed a Customs Union agreement which allows EU companies to access the Turkish market without being subject to extra tariffs and vice versa, the biggest investments to the Turkish market came from the European Union. But that is quickly changing as Chinese companies are on the lookout for expanding into emerging markets and they are moving fast. Already some state-owned and private Chinese enterprises are increasing their investments in Turkey and some of these companies even set up regional headquarters in order to access other markets close to Turkey. Companies like Huawei, ZTE and Alibaba have already entered the Turkish market with Huawei even setting up an R&D center in order to expand its telecommunications and consumer business strategy throughout the region.

More Chinese companies can and should invest in Turkey because with a population of more than 80 million residents and a booming consumer market, Turkey is an attractive destination for many global brands. The average Turkish consumer’s spending increased (Turkey’s GDP per capita increased from $3000 to $10,000 between the years 2002-2015), and Chinese brands who are looking to expand into new and emerging market economies should invest in Turkish consumer market. Furthermore, Turkey is a regional hub for easy access into the Middle Eastern, Central Asian and Eastern European markets so Chinese companies who wish to “dominate” the region can choose Turkey as its headquarters.

On the other side though, the Turkish government needs to make the country more attractive to foreign direct investments and especially for Chinese companies who wish to do business there. If we take a look at the World Bank rankings especially for the “ease of doing business” part, Turkey lags behind at #60 which means that the country needs to reduce red tape and improve the rule of law. (Reference from the World Bank website)

I am sure that everyone who is reading this article knows about two points. First is China’s One Belt, One Road Initiative (for the purposes of this article I will address it as: OBOR) which was put forth by Chinese president Xi Jinping in 2013 and aims to connect China to Central Asian and European countries via a wide transportation network in order to re-energize the old Silk Road. Second is Turkish president Erdogan’s ambitious infrastructure projects like building the world’s biggest airport in Istanbul and the new “Istanbul Canal”project which aims to bisect Istanbul’s European side in order to create a “Second Bosporus strait” where ships and major vessels can use. These two points are closely related. 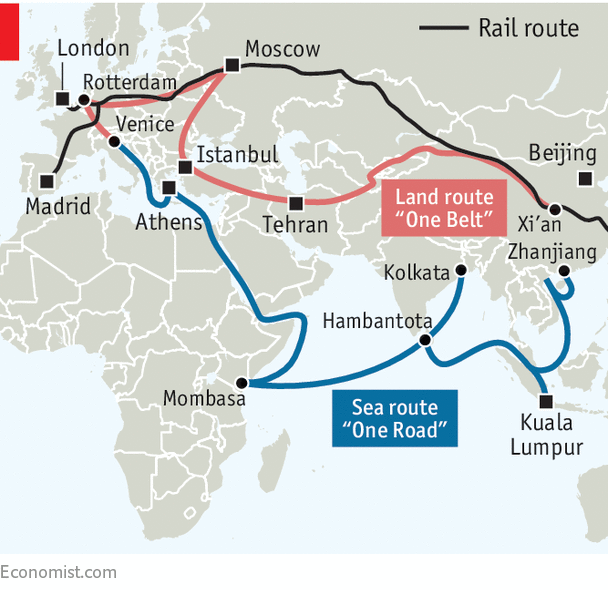 Because when you combine these two points together it is the perfect partnership. President Erdogan has bold ideas for the city of Istanbul but needs foreign funding in order to realize them, and who better to provide these funds than China who sees Istanbul as an important city for the OBOR project. The Chinese government has already set things in motion by buying majority shares of two local banks in Turkey and registering two of China’s biggest state-owned banks in Turkey: ICBC and Bank of China. The purpose of course is to fund infrastructure projects in Turkey with a special emphasis on projects that might benefit China through OBOR project.

So how can both sides benefit from these opportunities?

There are opportunities for both sides. For the Chinese side, the country needs new markets to expand into because of the recent US sanctions on Chinese exports. Turkey is a new and emerging market that hasn’t reached its full potential because for years it has been attracting investment only from the West and little was done (both in public and private sector) to attract investment from the East. This is why Turkey can be the perfect candidate to be one of the markets that can help China recuperate some of the losses incurred from the US market.

For the Turkish side, the Chinese investment is a new opportunity and a chance to re-energize the economy. At a time when the country’s relationship with the West is deteriorating and Western investors fleeing from the country’s financial markets, China represents a new ally that can not only help Turkey strengthen its infrastructure but also expand its market potential with the creation of new jobs and opportunities.

Not long after the Trump administration announced extra tariffs on steel and aluminum imports from Turkey, news broke out that China would pledge $3.6 billion into the Turkish economy. As expected, this money will be injected into the new aforementioned “ambitious” infrastructure projects announced by President Erdogan.

The media (both Turkish and Western media) announced this as “China aiding Turkey in its hour of need” however this is only half the truth in my opinion. Yes, the timing is perfect for Turkey to receive this large sum of money and it will help the economy and the weak currency, but the groundwork for this was already laid down by China via the registration of two of the country’s largest state-owned banks 5 years ago (as mentioned above). That is to say, this investment would be done anyway and it wouldn’t be necessarily to “help” Turkey but to help realize the One Belt, One Road initiative.

As former French President Charles De Gaulle said: “No nation has friends, only interests”. Thus, it would be naïve to consider China is “helping” Turkey. Both countries have interests and in the case of Turkey and China there are vast opportunities in both the public and private sector with the One Belt, One Road project serving as a strong foundation linking the two nations together.

So, can China “save” Turkey from its financial crisis? Well…not quite. China alone would not solve Turkey’s problems at least not in the short term. But in the long term, if both sides take the right steps, this new relationship can evolve into a mutually beneficial partnership that will not only help Turkey’s economy but would also provide fresh opportunities for China.