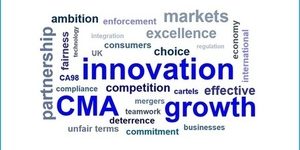 The suspension of Booking.com’s services in Turkey has been seen as an attack on individuals’ online freedom and digital entrepreneurship as a whole. Such claims seem to be inaccurate because undertakings, irrespective of their legal form, location and mode of operation (digital/ ‘traditional’), are equally subject to, among others, (i) competition law; (ii) the respective regulatory framework, and (iii) rules on (un)fair competition. If an undertaking is found to be in violation of any of these, then naturally respective measures shall be taken by the state to deal with the consequences of the infringement. The case of Booking.com should be seen from this perspective. Access to the website has been restricted temporarily by the Turkish court on the grounds of unfair competition, and technically, the Information and Communication Technologies Authority (BTK) has implemented the order of the court. At the same time, these decisions are part of an increasing pattern whereby conflicts between regulated business and digital networking platforms in many different industries are playing out in the legal and regulatory arenas. Booking.com is a typical example. Others include Uber, Airbnb, and PayPal. Let’s examine the Booking.com situation.

Booking.com has been the subject of two recent decisions. The Turkish Competition Authority (TCA) ruled on competition law and now a Turkish court has ordered the suspension of activities. Both decisions are the result of complaints by the Turkish Travel Agencies Association (TURSAB). TURSAB has pursued every possible platform to challenge Booking.com in behalf of travel agencies in Turkey, though in fact it may have the opposite effect and negatively impact tourism in Turkey.

It should be mentioned that Booking.com’s ‘parity clauses’ have been subject to antitrust investigations in other jurisdictions, e.g., Germany, France, Italy, Sweden, Austria, etc. Either the prohibition or commitments approach has been taken by competition authorities in the EU. In addition to antitrust measures, Austria adopted amendments to its law on unfair competition rendering online travel agents’ parity clauses null and void; a similar position has been taken by France.1 Hence, Turkey is not the only one ‘attacking’ Booking.com, just as…

…Booking.com is not the only one being attacked

Booking.com is not the only digital business to fall under special scrutiny by regulators, mostly due to numerous complaints from regulated (‘traditional’) businesses. Airbnb has also been closely monitored by both the Finance Ministry and TURSAB.2 Uber was banned and heavily fined in Turkey in December 2016 by order of the Turkish government (on the grounds of offering unlicensed services, the Turkish police were authorized to fine drivers approx. 709 USD for the first offense and 1200 USD for the second offense, and fine passengers approx. 80 USD3). Again, similar stories have been seen in other jurisdictions across the globe following the rise of taxi drivers’ protests (e.g., France, Italy).4 PayPal was unable to operate in Turkey after it failed to obtain a license from the Banking Regulation and Supervision Agency (BDDK).5

The regulated businesses’ discontent is understandable since customers favor companies that are taking full advantage of the digital economy/world and offering cheaper services, wider choice etc. Digital entrepreneurs are several steps ahead of ‘traditional’ service providers. This is not bad. Being able to adjust your business to the challenges of the digital economy is part of being competitive and successful in the market, as long as it is done within the legal and regulatory framework (i.e. taxation, licensing, permits, working conditions, etc.).

We would like to stress that Booking.com’s case is not an attack on digital entrepreneurship in Turkey. Both antitrust measures and the court injunction resulted from business practices of Booking.com, which have also been investigated in numerous jurisdictions outside of Turkey. Hence, the court injunction should not be perceived as ‘blocking a website’, but rather the outcome of the court’s interim decision by the BTK, which is technically capable of implementing the court’s order. The final outcome of Booking.com’s story is yet to be seen, following anticipated appeals. In any case, regulated businesses that are currently at war with digital entrepreneurs may be perceived as unofficial ‘watchdogs’ of online platforms’ compliance with laws and regulations. Beware…they may bite!

[1]. Report on the Monitoring Exercise Carried Out in the Online Hotel Booking Sector by EU Competition Authorities in 2016, p.4-5, http://ec.europa.eu/competition/ecn/hotel_monitoring_report_en.pdf