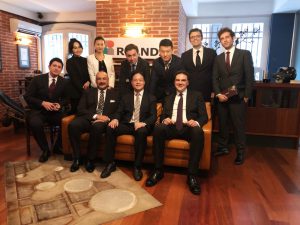 From 30 September to 2 October 2018, the Reanda International Beijing headquarters team of three led by Chairman Mr. Huang Jinhui visited Turkey to meet with government officials as well as representatives of Chinese business chamber and enterprises in Turkey together with Reanda Turkey partners.

In the afternoon of 30 September, the Reanda delegation and Reanda Turkey partners Mr. Altay Alti, Mr. Tayfun Zaman and their China Desk officer Ms. Sun Yahui paid a courtesy visit to the Consulate General of the PRC in Istanbul Turkey to meet with the Commercial Counselor Mr. Huang Songfeng. The Chairman Mr. Huang introduced the network’s latest development to Counselor Huang. Counselor Huang expressed his appreciation on Reanda’s continuing efforts in providing professional services to the Chinese enterprises investing in Turkey and encouraged our support to the business activities between the Chinese and Turkish companies as generated by the Belt & Road Initiative. 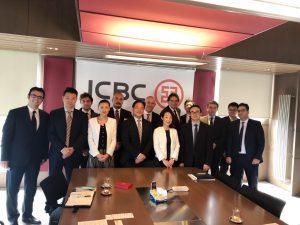 The morning of 1 October was started by a visit to the Istanbul Chinese Businessmen And Industrialist Association, the Reanda team was led by Chairman along with Turkish partners Mr. Bora Akgungor, Mr. Tayfun Zaman, Mr. Mehmet Ali Demirkaya, Mr. Mehmet Fevzi Toksoy, Mr. Altay Alti and their China Desk officer Ms. Sun Yahui. While the chairman of the Association is the current chairman of the Istanbul branch of Industrial and Commercial Bank of China, the team also met with the Bank’s Vice-Chairman Ms. Li Guang; Mr. Jia Kun, head of Cross-border Financing department; Mr. He Yafeng, head of Financial Control and Planning department and other senior personnel at their office. The Reanda delegation engaged in interactive discussions with the Bank representatives on the latest development of Chinese’s business activities in Turkey. 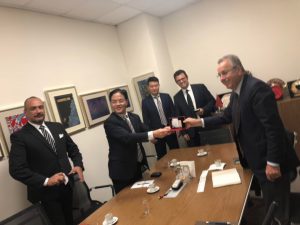 In the evening, all the Reanda delegation participated at a formal cocktail held by Basaksehirspor, an Istanbul football team and the current league 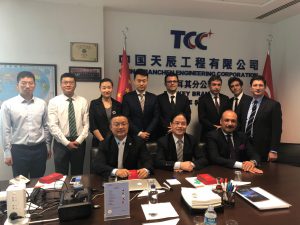 leader of Turkish Super League recently sold to a Chinese company. During this occasion, the Reanda delegation met with Mr. Cui Wei, Consul-General of China in Istanbul; Commercial Counselor Mr. Huang Songfeng; the president of BASAKSEHIR and other personnel. The team also developed connection with China related Turkish businessmen, commercial attaché and the CEOs of the Chinese companies and banks in Turkey.

In the morning of 2 October, the Reanda International Beijing headquarters team and partners of Reanda Turkey, Mr. Bora Akgungor, Mr. Altay Alti, Mr. Mehmetali Demirkaya and Mr. Tayfun Zaman and their China Desk officer visited the capital city Ankara and met with a number of high rank government officials and representatives from Chinese enterprises. The team first met with Mr. Zhou Yanquan, the Chairman of the Association of Chinese Enterprises in Turkey and the Istanbul office of Tianchen Corp. China, and  Mr. Zhou Shili, secretary general of the Association. Two parties exchanged ideas and views on the potential business opportunities during the meeting. 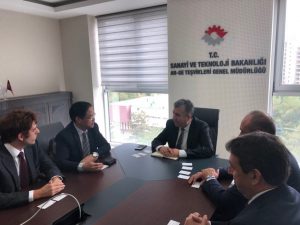 Following the meeting, the team paid a courtesy visit to meet with Dr. Cetin Ali Donmez, Deputy Minister of Industry and Science Technology department of the Ministry of Industry and Technology of Turkey, a government ministry office responsible for industrial and commercial affairs in Turkey. Mr. Huang introduced and presented the recent development of the network and the delegation discussed on recent business activities of Chinese enterprise in Turkey.

Later that afternoon, the team visited the Central Bank of Turkey to meet with Mr. Irfan Yanar and Mr. Mustafa Begun, director general of the bank to learn the latest bilateral business cooperation between the Chinese and Turkish enterprises.

This was followed by a visit to the Presidential Complex. The Reanda delegation was honored to meet with Dr. Hatice Karahan, Chief Economy 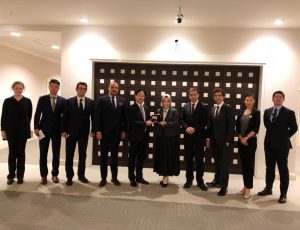 Advisor to the President of Turkey. The Reanda team was privileged to explore the opportunity in joining force with the government advisory office to set up a specialized consulting team to provide professional advices on trading and investment strategy for the Chinese enterprises investing in Turkey and the Turkish enterprises venturing in China.

The two-day productive visit brought Reanda excellent opportunities to further promote its brand in Turkey and assisted our local member to get connected with the Chinese enterprises and different parties for exploring business opportunities.