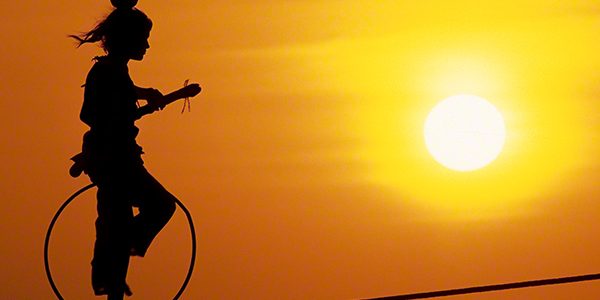 1. Introduction
The recent developments in the case law have led the trade remedy law practitioners to bring the Turkish Ministry of Economy’s (“Ministry”) approach towards the implementation of the “lesser duty rule” to their agenda. There are deep concerns and raising voices of the interested stakeholders from both sides (domestic industry and foreign traders) as to the benefits and drawbacks of its application.

From the very beginning of the implementation process of the WTO rules into members’ legislations, the nature, aim and ground of the “lesser duty rule” as well as its effectiveness have been heavily criticized and accordingly, the approaches pursued by the legislators and competent authorities fluctuated significantly in various jurisdictions. As a reminder, the “lesser duty rule” refers to the cases where the injury caused by dumped or subsidized imports could be removed by imposition of a duty lesser than the calculated dumping margin or amount of subsidy. In the application of the lesser duty provision, the core issue is legal ambiguity regarding whether the authorities may exercise a great deal of discretion or they are obliged just to adopt an approach favouring the application of the “lesser duty rule”.

In this regard, members of the WTO, especially those which have adopted a relatively strict trade policy, have been focusing on the “lesser duty rule” from more protective perspective and enjoying the opportunity of using the option arising from the wording of “desirable” in the Agreement on Implementation of Article VI of the General Agreement on Tariffs and Trade 1994 (“Anti-Dumping Agreement”). On the other hand, some of the WTO members promoting the continuous application of the “lesser duty rule” by their competent authorities have been discussing the determination of the potential cases where non-application of the concerned rule may help to create an effective way by outweighing its benefits and drawbacks.1 With a view to achieving the business perspective, others encourage the public to disclose its opinion on this issue.

Albeit the various existing approaches, it is undeniable that the “lesser duty rule” can be used as a tool to balance the contradicting interests of both domestic industries and exporting/importing entities, as well as to ensure the public/consumer welfare.

2. The “Lesser Duty Rule” at the International Level
Anti-Dumping Agreement. Article 9 of the Anti-Dumping Agreement sets out that “it is desirable that the imposition be permissive in the territory of all Members, and that the duty be less than the margin if such lesser duty would be adequate to remove the injury to the domestic industry”. In other words, the nature of the “lesser duty rule” under Article 9 is not an obligation but rather an option for the WTO members to transpose this rule into their national legislations in ensuring fair competition by preventing so-called trade distortions; however, at the same time, this provision does evince its desirability of adopting this principle. As a result, the Anti-Dumping Agreement grants whole discretion to the WTO member countries in their application and transposition of this issue into their national legislations.

EU rules. Under the acquis2 “the amount of the anti-dumping duty shall not exceed the margin of dumping established but it should be less than the margin if such lesser duty would be adequate to remove the injury to the Community industry.” The acquis limits the applicable remedy. The underlying reason of transposing the “lesser duty rule” into the EU law is that it is sufficient to remedy the injury suffered by the EU industry which is lower than the dumping margin. In other words, the EU authorities have recognized the “lesser duty rule” in cases where anti-dumping/countervailing duties are lesser than the dumping/subsidy margin and the injury margin. In fact, the earlier anti-dumping cases in the EU prove that the EU authorities have consistently resorted to the “lesser duty rule”. The main rationale for this lies in the aim (i) not to punish the exporters (at dumped prices) for the non-injurious parts of their practices, (ii) to assure the public interest in general, and/or (iii) to create fewer distortions to the current market competition.

As an example, regarding “imports of crystalline silicon photovoltaic modules and key components (i.e. cells) originating in or consigned from the PRC”, the Council of the EU stated3;

“In view of conclusions reached with regard to dumping, injury, causation and union interest and in accordance with Article 9(4) of the basic Regulation, it is considered that definitive anti-dumping measures should be imposed on imports of crystalline silicon PV modules or panels and cells of the type used in crystalline silicon modules or panels, originating in or consigned from the PRC at the level of lower of the dumping and the injury margin found, in accordance with the lesser duty rule. In this case, the duty rate should accordingly be set at the level of the injury margins found.”

However, it is still very controversial whether the EU authorities are required to do so. Some of the practitioners claim that “the word ‘should’ cannot, in law, be the basis of a mandatory rule. The word ‘should’ is conditional and gives to the competent authority the possibility to impose a duty at less than the dumping margin”.4Furthermore, it may be asserted that the eagerness of the EU authorities in former cases does not reveal or render this practice as mandatory or put emphasis upon the potential negative effect of it on the consumer welfare in the long-term perspective despite its short-term benefits.

3. The “Lesser Duty Rule” under the Turkish Trade Remedy Laws
Similarly, Article 7 of the Turkish Law on the Prevention of Unfair Competition in Imports (“Turkish Law”) regulates the “lesser duty rule” as follows:

“An amount equal to the margin of dumping or the amount of subsidy, specified by the Board and approved by the Ministry consequent to the investigation, shall be imposed on dumped imports as anti-dumping duty and on subsidized imports as countervailing duty, respectively. However, where it is determined that a rate or amount of duty lesser than the calculated dumping margin or amount of subsidy would be adequate to remove the injury caused by dumped or subsidized imports, such lesser rate or amount shall be imposed.”

As a matter of fact, the Ministry has systematically applied the “lesser duty rule” and thus, there has been a considerable number of cases5 of the Ministry where the anti-dumping measures were based on injury margin (which is determined by a comprehensive analysis of the domestic industry’s economic indicators and the effect of the dumped imports on the domestic industry’s pricing tendency/progress such as price undercutting, price depression and suppression), when the level of the dumping margin exceeded what was necessary to remove the injury suffered and eventually the Ministry applied the lesser duty. In its recent case concerning the imports of “phthalic anhydride” products originating in South Korea, the Ministry determined the dumping margin as 15% of the CIF value, however, following the evaluation of the investigation report, which included the recommendation to apply the lesser duty, it reached the conclusion to impose a measure of 8.44% of the CIF value (almost half of the calculated dumping margin).

4. Conclusion
The Turkish legislation seems quite clear and it is uncontroversial that the Ministry is vested to take anti-dumping measures to eliminate or mitigate injury caused by dumping. Accordingly, the Ministry should distinguish the injurious and non-injurious effects of the dumping and depending on that, decide on the respective measure with a possibility to invoke the lesser duty in order to ensure that the measure does not exceed what is necessary to remedy the injury caused. Indeed, unlike Article 9 (4) of the EU Regulation, the relevant article of the Turkish Law includes the “shall” wording and accordingly, the application of the “lesser duty rule” appears to be mandatory in Turkey. In many of its investigations, the Ministry has adopted an approach to apply the “lesser duty rule”.

Additionally, in order to guarantee the right to defence of the interested parties in favour of/against the application of the lesser duty, any injury calculation should be made and reflected properly. In other words, the transparency/availability of such calculations to the interested parties to a certain degree is required. Otherwise, the injury calculation method and the lack of transparency/openness in relation to such calculation method may overshadow the application of the “lesser duty rule” which can assure the right balance between both parties’ interests as well as the free market economy rules.

2. Paragraph 4 of Article 9 of Regulation (EU) 2016/1036 of the European Parliament and of the Council of 8 June 2016 on protection against dumped imports from countries not members of the European Union

3. Paragraph 414 of Proposal for a Council Implementing Regulation imposing a definitive anti-dumping duty and collecting definitively the provisional duty imposed on imports of crystalline silicon photovoltaic modules and key components (i.e. cells) originating in or consigned from the People’s Republic of China

Ertuğrul Can Canbolat and Cansı Çatak