A Manager’s Guide to Competition Law and Ethics 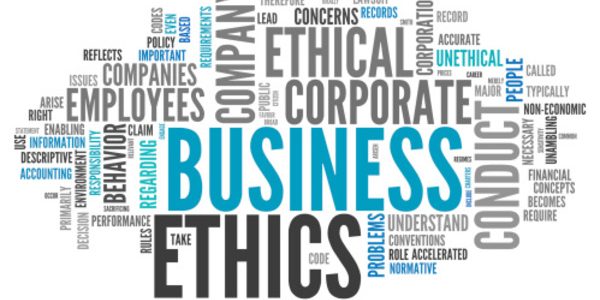 I personally observe that the managing staffs of companies are becoming highly aware of competition law but this awareness is frequently related to the great label it holds as ‘something of a great threat to my career’. The principal objective in delivering this piece is to clarify the key aspects of competition law through its linkage to a general understanding of compliance and ethics.

Not to degrade other components of corporate compliance, competition law does indeed rank high in the overall compliance agenda of corporations. Sanctions designed to prevent businesses from violating competition law are getting more and more severe. Especially in the case of cartels, convicted companies are facing monetary fines amounting to hundreds of millions of dollars, not to mention the loss of reputation that may cause irreparable harm to the value of a company. The main reason for such a severe punitive design stems from the fact that competition law violations are hard to detect and hence vigorous deterrence seems to be the most effective way to keep companies and managers away from even the idea of breaching these rules.

Competition law Breaches as the Sneaky Enemy of Ethical Conduct

Here, it is worth recalling what competition law forbids. First of all, economic activities are expected to develop within existing competition among rival firms. The ideal outcome of a competitive process in every economic activity is accepted to be better products at reduced costs. However, for a specific player, this process does not guarantee profit maximization or sustained presence in the market. These are such tempting goals for any entrepreneur in a market economy that sometimes competitors may wish to refrain from rivalry and instead may rationalize anti-competitive practices to achieve excessive profits or to at least guarantee their seat at the table. To resist this temptation, two “commandments” [major orders] are globally accepted in all competition laws: first, thou shalt not conspire with competitors and second, thou shalt not misuse your market power to eliminate competition. The problem is that organizations can violate these two prohibitions under many different scenarios, not all of which should necessarily classify them as state-of-the-art robber organizations. We can align the multitude of anti-competitive conduct along a spectrum, from collusion-related anti-competitive conduct at one end to market-power related anti-competitive conduct at the other. The ethics indicator points to the maximum rate of unethical when certain conduct is classified as collusion-related. Such conduct commonly identifies companies as ‘cartels,’ which is a “state-of-the-art robbery organization”.

Cartels are designed to eliminate the fair result that an intervention-free competitive environment would otherwise provide to consumers.

A study1 shows that the total sales of products subject to cartel surcharges amount to 16 trillion US Dollars worldwide. This is a huge sum. This clearly means that we, as consumers, are deprived of innovative products in all markets, the sales of which make up this total amount. Since we are the producers of some of these products and at the same time consumers of others, we are not living the full potential of the present. This is economic time travel, where we have no other option than to go backwards. This explains the rationale behind the harsh deterrence mechanism in the fight against cartels, because no administrative or judicial resource in the world seems to be able to detect all cartels. This picture reveals another type of competition. This competition is among the competition agencies in the effective fight against cartels. Innovative methods to fight cartels are introduced one after another and armies of deterrence mechanisms are put into effect to discourage companies from forming cartels.

Of course other types of competition law infringements exist, which also pose a serious threat to the proper functioning of competitive markets. Classified under market power related conduct, implementation of those anti-competitive practices leads to the foreclosure of the markets. In markets where a dominant player exists, through, for example, exclusive dealing, predatory pricing or excessive pricing, this powerful player finds solid ground for assuring its dominant power. These practices are independently driven (unilateral), and are employed by dominant companies as leverage under the basic instinct of the capitalist system: being the only player in a market. Based on my ethics scale, the abuse of dominance can be seen as less provoking than cartels, although this is not to undermine its potential to affect the market as much as cartels do.

In the last decade, the deterrence mechanism has geared up, with tools that are designed to bring violations to light more easily. Sanctions have a new direction with the inclusion of leniency programs, providing the opportunity for companies and individuals to disclose a hidden cartel set-up in exchange for immunity from fines. Alternative dispute resolution is also becoming more popular as a way to minimize the cost of lengthy court procedures.

Parallel to those developments, especially in the EU, evidence-gathering powers of the competition authorities have been strengthened with the introduction of forensic IT improvements.

In this complex scheme of competition law violations and the related consequences, it is on the shoulders of the managers to set the corporate standards for competition law compliance.

Just as preventing mobbing, racism, sexism and violation of unauthorized access to data are legal responsibilities of companies, and just as doing business transparently with corporate governance, safeguarding anti-corruption and anti-bribery are ethical-legal responsibilities, compliance with competition rules is a fundamental legal responsibility. It is just as important as compliance with tax law or employment law. In my opinion, this setup is one hundred percent accurate. Nevertheless it lacks depth. Compliance with competition rules is usually defined as a purely legal responsibility. However, there is a difference between complying with laws and being compliant: that is, complying with the letter and the spirit of the law. In order to be compliant, companies should be expected to create an added value beyond just coping with legal obligations.

An anticompetitive behavior may arise with a ‘very smart’ business decision and may surface with even a single e-mail or handwritten note. Therefore, forming a strong competition culture in companies is indispensable as employees’ behavior is not always under the control of liable managers, just as the anticompetitive behavior of a manager is not under the control of the shareholders. Competition compliance programs are a must in order to create a control mechanism in between those players.

In substance, the main reason for developing competition compliance programs must be the implementation of a strong and sustainable corporate competition culture. The manager who takes this issue as periodical window cleaning, tick the box matter or ‘Region wants it so,’ is destined to lose the game in competition law.

It is a common syndrome among managers to develop a very dangerous self-confidence by seeing their staff attending competition law trainings every six months, as dictated by corporate rules. This practice should not be considered as a compliance program. Memorizing competition law requirements and deciphering the rationale behind it — which is not rocket science, though — does not guarantee a safe harbor.

Business practices that carry the potential to lead to an infringement are sometimes considered as the conventional way business is done, just because the corporate learning established such a routine. It may even be the case that a company becomes fully aware of the illegality of a business conduct when it leads to a proceeding. However, there is no excuse for some other conduct, implementation of which requires a certain level of consciousness of their illegality. This is exactly where competition law intersects with ethics. When this happens in the existence of a compliance program, it is up to a company’s general ethics and compliance policy to detect whether this is a purely managerial initiative or a corporate mistake.

I observe that competition authorities are becoming more and more aware of the necessity in finding a balance in the division of criminal liability between corporations and their managers. However, one should not expect the competition authorities to rate the effectiveness of a compliance program. The authorities will just focus on the facts, and it will not be difficult for them to detect how effectively a company implemented its compliance program. An effective compliance policy, nonetheless, is the key element to safeguard the fair balance between the expectations of the shareholders and the duties of the managers.