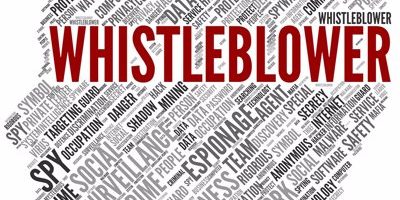 Starting from 16 March 2017, individuals can help the European Commission (“EC”) in uncovering cartels and other anti-competitive practices without disclosing their identity, made possible by the introduction of encrypted communications through an external service provider. Such positive step is expected to increase the effectiveness of the EC policies, as well as the workload of the competition authorities in their fight against anticompetitive practices. While several jurisdictions including Germany and Denmark enjoy similar tools, others (particularly outside the EU, such as Turkey) may wish to reconsider their application formalities, with a view to rendering it more appealing in terms of confidentiality protection. Below we provide highlights of the new whistleblowing tool in the EU, and an analysis of the third party’s anonymity options in applications to the Turkish Competition Authority (“TCA”) in relation to competition infringements.

Anonymous applications in the EU
While cartel members are, in principle, entitled to receive an immunity or reduction in fine if they confess their involvement in a cartel (through a leniency program), the new “whistleblowing tool” enables individuals who have knowledge of (past, on-going or planned) antitrust violations/cartels to contribute to the revealing of anti-competitive practices by the EC. In that, the new “whistleblowing tool” guarantees the anonymity of the individual’s identity through a system specifically designed for encrypted messaging system, which allows two-way communications between the individual and the EC (e.g. option to ask the EC to reply messages, allows the EC to seek clarifications/details). Since only the content of the messages is conveyed, it is technically impossible to identify the “whistleblower” (unless he/she is willing to do so).

Anonymity options in Turkey
Just as in the EU, the leniency program is used in Turkey to help in revealing cartels. Leniency applicants may benefit from total immunity or reduction in fine, depending on the timing and order of their application. One of the conditions for being able to benefit from the immunity and/or reduction over the fine is to keep the leniency application confidential until the end of the investigation. Failure to keep the application confidential would result in the TCA depriving the applicant from the expected leniency benefits.

Third-party applications (in the form of notification, complaints and Ministry requests) filed by natural persons, institutions, organizations, associations and other legal entities to the TCA also contribute to the fight against anti-competitive practices in Turkey. Communiqué No 2012/2 on Application Procedure in relation to Infringements of Competition Law (“Communique 2012/2”) sets out that the TCA accepts applications in writing, either sent through post, email, fax, phone, or submitted in person.

Unlike in the EU, however, no anonymous whistle-blowing tool is available in Turkey. Among the essential formal and substantive requirements of the application to the TCA by a natural person are indication of name, surname, citizenship number, address and signature (in case of applications filed by a legal person – commercial name, address, authorized signatures list, and signature of legal representatives of the entity). The applicant may only request the TCA to keep his/her identity confidential. In this case, the communications (including the inner-institution ones) would exclude information related to the identity of the applicant. This confidentiality request does, of course, in no way, compare to the whistleblowing tool that the EC has recently introduced.

Communique 2012/2 also states, as a procedural rule, that anonymous applications will be left aside without any formal action. On the other hand, there is still a chance for an anonymous application (e.g. application that does not meet the formal requirements under Communique 2012/2) to be considered by the TCA, if it “is deemed of serious nature” and suggests the existence of an infringement by providing concrete and sufficient information about the infringement. However, such formulation grants the TCA with a wide discretion in deciding on whether to consider the application or not.

Concluding remarks
It is expected that the new tool in the EU will (i) increase the likelihood that the information provided will be sufficiently precise due to absolute anonymity of the “whistleblower”, and hence (ii) contribute to effectiveness of the leniency program in the EU and quicker detection of anticompetitive practices/cartels to the benefit consumers and the EU’s economy as a whole. Additionally, it may influence the leniency policy in other jurisdictions, which have undertaken to harmonize their competition laws and practices with the EU rules as part of their EU integration policy.